Melanie Greenberg > The Mindful Self-Express Blog > Mastering Relationship and Parenting Challenges > Does Focusing on the Positive Help Your Brain Get Over a Breakup? 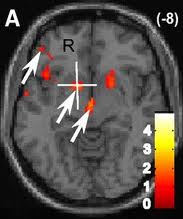 Does Focusing on the Positive Help Your Brain Get Over a Breakup?

A romantic rejection or breakup is one of the most common reasons people seek psychotherapy. Rejection makes us feel worse about ourselves and be more distrusting of other people. The grief of a breakup can feel overwhelming sometimes, making it difficult to get back out there. We may spend hours brooding or checking Facebook posts of our former partners. In this post, I will discuss how our brains process breakups, whether this emotional pain is similar to physical pain, and whether focusing on the positive can help us recover more quickly.

Your Brain on a Breakup

Your brain is likely to prioritize thinking about your ex-partner in the same way as it signals you to pay attention to physical pain. A study by cognitive neuroscientists at Columbia University used brain fMRI scans to look at brain activity in unmarried people who had experienced an unwanted breakup in the previous six months Participants looked at pictures of their ex-partners while thinking about shared experiences. The researchers compared the scans to when participants looked at pictures of a friend, or when they were exposed to pain via a hot probe on the arm. The scientists found that the same parts of the brain lit up when individuals looked at the ex-partner pictures or experienced physical pain, but not when they looked at the friend pictures.

These brain regions, including the insula and the anterior cingulate cortex, are associated with physical pain. Romantic rejection is not actually the same thing as physical pain, rather these brain areas light up because of “salience.” In other words, our brains signal us that both physical pain and photos of lost loves were important and worth attending to. For our ancestors, both pain and rejection (being thrown out of the tribe) could reduce the chances of actual survival, hence our brains may be wired to pay special attention to such experiences.

Does Focusing on the Positive Help?

One research study investigated whether an expressive writing intervention could help subjects feel better about their breakups. In this study of almost 100 college students with a recent (past 3 months) breakup, participants were assigned to write about either only the positive aspects of the breakup, only the negative aspects, or about a superficial topic (control group). Those in the positive-writing group reported experiencing more positive emotions when they thought about the breakup and had no increase in negative emotions. The positive emotions included empowerment, happiness, relief, thankfulness, and wisdom. If the breakup was mutual, the benefits of positive writing were even stronger. Perhaps focusing on the positive can eventually reprogram the brain’s reactions? This would likely take months or years. More research using actual brain scans is needed to assess this. Also, since these participants were college students, we don’t know if older people would experience the same effects. Since the brain only stops growing at 25, younger people may have a greater ability to effect change.

If you’re having difficulty getting over an ex-partner, don’t think about the positive aspects of the relationship! Instead think about what you have gained by breaking up. This may force you to confront the negative aspects of your partner or the relationship, rather than being stuck in a romantic fantasy about it. You can also try distraction by going out and doing fun things (even if you don’t feel like it initially) or turn to a friend for support. 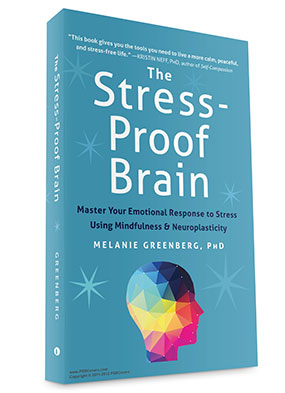